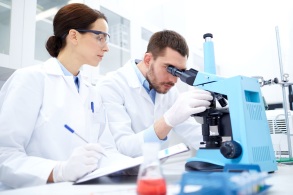 Researchers at Barts Cancer Institute, London, have recommended that all women over 30 should be tested for BRCA gene mutations.  Published in the Journal of the National Cancer Institute last week, the study estimates that if this recommendation is implemented, tens of thousands of lives will be saved.

The researchers claim that routine screening for the BRCA mutation will pick up those women who either do not have or are not aware of a family history of those cancers and could save tens of thousands of lives.

But did you know that around five per cent of all pancreatic cancer patients also carry the BRCA1 and BRCA2 mutations?[1] In the UK that would equate to around 600 patients every year. (Click on what to do if you feel you have the BRCA gene)

No matter what your thoughts are on the validity and indeed costs of such screening, it is certainly an area for more in-depth evaluation.

So, testing patients merely on the basis of family history could mean a lot of people who are BRCA1/2 positive could be missed – the point being made by the Barts Cancer Institute in their recommendation for widespread screening of women over the age of 30.

What is the BRCA gene?

BRCA1 and BRCA2 help stop cells becoming cancerous by producing proteins that fix damage to our DNA. All of the cells in our body undergo a daily cycle of DNA damage and repair. Faulty BRCA genes can reduce our ability to repair DNA damage. This means that DNA, not properly repaired, can cause cells to become cancerous.

BRCA1/2 mutations are publically known about for women with breast and ovarian cancers, but both men and women can inherit a ‘faulty’ BRCA1 or 2 gene from either their mother or father.

What is also interesting, is that research is suggesting the possibility that those pancreatic cancer patients with the BRCA1/2 mutations who are treated with PARP inhibitors (Poly-ADPribose polymerases which are a family of nuclear enzymes that regulate the repair of DNA) and/or platinum chemotherapy drugs may improve survival. These treatments are still only available within clinical trials but, should they be successful, could offer further treatment options for this sub-group of pancreatic cancer patients.

What we need now is for pancreatic cancer patients to be routinely tested for BRCA1/2 in order to determine whether they will benefit from targeted therapies such as PARP inhibitors. Plus, we need to raise awareness that there is a clear association between the BRCA1/2 mutations and pancreatic cancer.

What to do if you feel you may have a genetic mutation?

If you have cancer that runs in your family and you are concerned you too could develop cancer, then it is a good idea to speak to your GP. They may refer you for a genetic test which will tell you whether or not you have one of the inherited cancer risk genes.

Usually, if you have had a relative who has had cancer then they will need to have had the genetic test before any healthy relatives like you. If their genetic test is positive, then you can have the  test. It could take a few weeks for the test results to come back.

EUROPAC (European Registry of Hereditary Pancreatitis and Familial Pancreatic Cancer) are also available to identify gene changes that may increase risk in these families.

For more information on EUROPAC which is based in Liverpool, UK – click here

If the test is positive it doesn’t mean you have or will have cancer.

A positive test means you have a faulty gene that raises your risk of developing cancer, as medical history, lifestyle and your environment along with your genes will also influence any future health risks.

If you have one of the faulty BRCA genes, there is a 50% chance you will pass this on to any children you have and a 50% chance that each of your siblings also has it.

The genetics clinic will discuss with you how a positive or negative result will affect your life and your relationships with your family.

There is more information available from the Royal Marsden in their Beginners Guide to BRCA1 and BRCA2 which is well worth a read.