I’m insufficient – in the pancreas department! 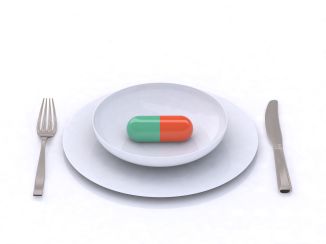 Pancreatic Enzymes will now form part of my daily routine

After nine years of managing to avoid it, it has happened to me. It has now been confirmed that I have Pancreatic Exocrine Insufficiency and I am awaiting an appointment with my specialist HPB dietitian to advise me on a prescription of the digestive enzyme drug CREON. This diagnosis is not something that is unusual for those of us who are/have been suffering pancreatic cancer, but what is unusual is that I have not been diagnosed with it before now.

Pancreatic Exocrine Insufficiency (or PEI for short) is where there has been a change in the flow and amount of pancreatic juice (which contains enzymes to break down foods such as fat, protein and carbohydrate). Without enough digestive enzymes, the food can pass through the digestive system without being properly broken down and absorbed.

In my case, they symptoms of this condition included more frequent and looser bowel movements and periods of sudden evacuation (rush to the loo time!), terrible bloating and sometimes debilitating stomach cramping, especially just after I had eaten, plus the odd bout of wind. Some people with PEI will lose weight, but not so in my case. Perhaps it is because my level of PEI is moderate: on the scale at 118.

The test I had was a poo test known as a faecal elastase test. The ranges of normal to moderately or severe insufficiency are below:

Now, many people in my position (who have had surgery to remove a pancreatic cancer tumour) will develop PEI from the outset. Others tend to find they either don’t get it at all or, like me, it creeps up on you over time. After my surgery, I was left with around 20% of the head of my pancreas and this has kept going like the clappers for years.

I had noticed the odd change in bowel habit about 18 months ago but, because these were infrequent and had no pattern, I just thought it may be something I was eating that didn’t agree with me. I had always (since my operation) had difficulty digesting red meat and had side effects from eating strong cheeses like Stilton, but removing these foods from my diet seemed to sort the problem. Until recently.

The last 3 months or so have been really trying as my symptoms took a noticeable turn for the worse. To say I have been struggling with day-to-day activities is an understatement. It has been difficult to concentrate and the fear that I may not get to a loo in time has been immense. My coping strategy has been to consume a lot of Imodium and to plan journeys expertly according to where facilities are.

What is interesting is that pancreatic insufficiency may be having an effect on my glycaemic control which could in part explain why, as an insulin dependent diabetic, my blood sugars have been difficult to control over the past year or so.

I am looking forward to starting on the digestive enzymes despite the fact it is yet another drug I have to take and that I will have to remember to take it with any meals and snacks I eat. It is likely that I will have to adopt this for the rest of my life – a small price to pay for surviving pancreatic cancer.

Like Loading...
← A reflection, nine years on…
Pancreatic cancer cases and deaths predicted to rise significantly by 2035 →